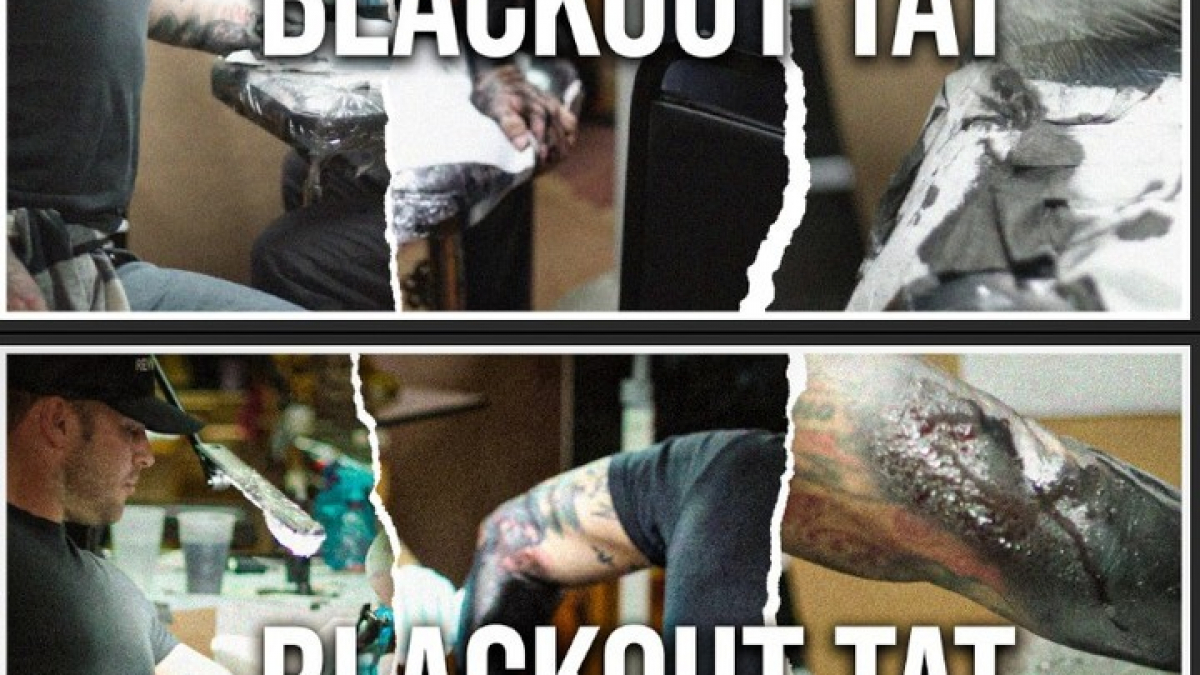 Just about a year ago, my wife looked at my arm and said she still could not figure out what my tattoos were. I Looked down at my arm and had to agree. Both of the larger tattoos were hard to make out. They were too large to get an accurate full view of what they were. One is an eagle, and the other is a bull skull with a feather.

She saw this cool but brutal process called blackout.

Modern blackout tattoos are influenced by traditional Polynesian tattoos and graphic art.[1] Their designs also often incorporate aspects of neo-tribal tattoos.[2][3] The technique originated as an alternative method of covering up unwanted tattoos, instead of the more expensive tattoo removal.[4][5] However, blackout tattoos became increasingly popular as an aesthetic choice in South Asia during the 2010s,[6] a practice which largely derived from local tattooing techniques such as Bornean traditional tattooing.[7][8] They soon spread internationally as a fashion trend,[9][10][11] having been popularized by Singaporean tattoo artist Chester Lee whose designs went viral on Instagram.[12][13]

I loved the idea, so I went for it. Check out the video to see the whole process.

At the end of the day I super happy with the result and glad that I waited and went with a pro who knew how to do a real blackout tattoo. Hoode is excellent. https://www.instagram.com/hoode215/